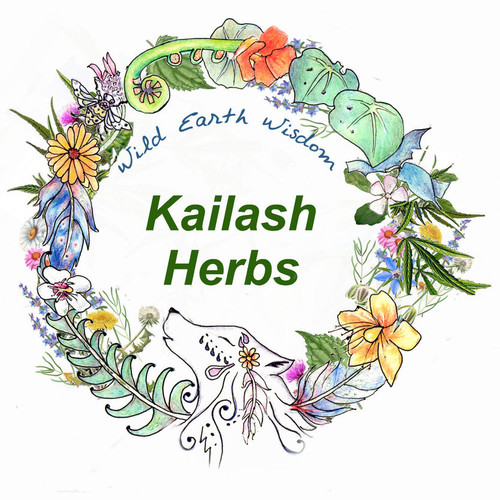 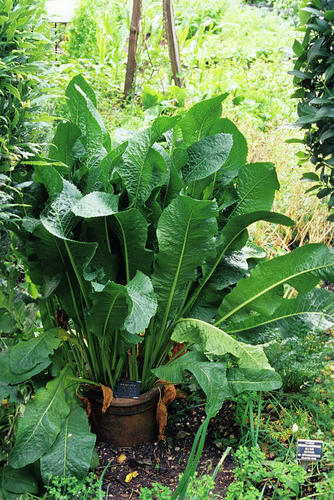 More Info
HP
Out Of Stock
You're probably most familiar with horseradish as a spicy condiment. It's often used in sauces and dressings to give them a "kick" of heat.
But it's a LOT more than that! For one, it is high in several important nutrients: 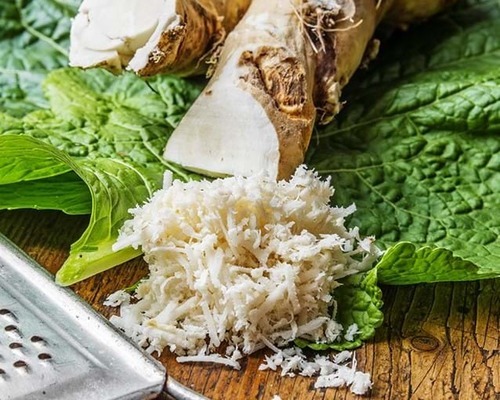 Medicinally, it's helpful for several reasons:

Chest and sinus congestion: Because horseradish contains antibacterial properties, it may help prevent bacterial sinus infections. In addition to this, the pungent odor and spicy taste of horseradish may help clear out the nose and respiratory system.
It has been used as a poultice topically to increase blood flow and relieve chest and sinus congestion for patients with respiratory disorders.
If you’re feeling congested, make a simple horseradish tea at home by adding some fresh grated horseradish, honey and lemon.

Potent Antibacterial Properties:  Studies have shown that the potentially powerful, natural chemicals in horseradish can be a great defense against microbes and bacterial infections, including Listeria, E. coli, and Staphylococcus. The specific antibacterial component in it is called allyl isothiocyanate.

One component of horseradish is called sinigrin, which is incredible! It can:

Horseradish may help prevent cancer: horseradish is truly a superfood. It naturally contains compounds called glucosinolates, which are known to have cancer-fighting properties.

Researchers at the University of Illinois conducted a study about horseradish and noted that “...horseradish contains approximately 10 times more glucosinolates than its superfood cousin, broccoli". And consuming just a teaspoon of horseradish is enough to get the benefit.

The researchers found that glucosinolates in horseradish activated enzymes involved in detoxification of cancer-causing molecules.

Enhance Digestion: Certain enzymes in the root can stimulate digestion and aid bowel movements. Horseradish root is also considered a cholagogue, i.e., it stimulates bile production in the gallbladder – thereby aiding digestion. And the little fiber in the root can also improve digestion.

Fights Inflammation:  One Italian study states that horseradish can help fight inflammation – it achieves this by reducing the release of reactive oxygen species. Several parts of Chinese medicine have recommended the use of horseradish to help prevent inflammation – be it in the case of injury or even for relief from arthritis pains.

Horseradish is naturally high in sodium. So if you have hypertension (or are prehypertensive), you definitely want to seek the advice of a competent naturopath before incorporating horseradish into your regular diet.
Avoid giving it to children under 4 also.

ALL our herbs are organically grown in a recycled or compostable pot.